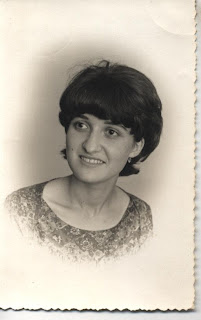 Mericia is my oldest sister (in the photo she is 18). She passed away nearly 17 years ago but since my mother was placed in the home the pain has been so fresh. My sister was 18 years older than me. She was the oldest of the five and I was the youngest. My sister and I were separated twice. Once when we immigrated to the States.
Mericia wouldn't join us in the States for another year. The second time we were separated was in her passing. The first separation changed my life forever. Mericia was like a mother and the love my my four year old heart. As a teenager, I thought my mother was such an idiot to having children so far apart until I had my last child nearly twenty years after my first child.
My sister was amazing and I finally see that my mother was too. Mericia could make anything but I didn't want to learn because we lived in America and little American girls didn't need to learn crafts and domestic arts. So many regrets. As an adult I have learned the error of my ways.
I cry nearly every night when I say good night to my mother and I mourn Mericia more than ever before. Love love your family.
Posted by Genie at 8:19 PM 1 comment:

Email ThisBlogThis!Share to TwitterShare to FacebookShare to Pinterest
Labels: sisters 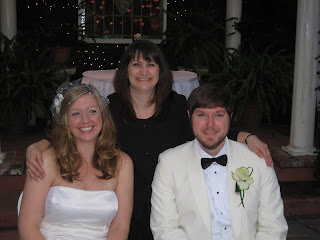 One of the greatest blessings of my life. A dream achieved. On January 2, 2009, I officiated at the wedding of Jessica and Todd . It was amazing to share in the joy of this young couple. Thank you for trusting me.
All the blessings of a BIG marriage.
Posted by Genie at 8:16 PM 1 comment:

Email ThisBlogThis!Share to TwitterShare to FacebookShare to Pinterest
Labels: Weddings 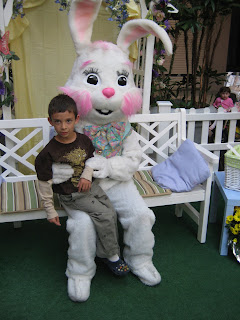 Lee and I both work fulltime plus every thing at home. It is probably just a sign of the times but weekends are for errands. We create a list of everything we would like to get done.
This weekend we ran around looking for a bed jackets for my mother, VoVo, we weren't really successful but we had fun trying. We tried to get a photo of Holly visiting the Easter bunny but she would have none of that . Thank you Jacob for being a good sport. Ok he does not look happy but he did try his best.

Email ThisBlogThis!Share to TwitterShare to FacebookShare to Pinterest
Labels: Weekends

My mother has lived with us for nearly four years. When she was hospitalized in February we thought we would lose her. In some ways we have but in my grief I have found so many memories all kinds of things I had forgotten. Treasured memories that I cradle in my heart. Memories that help me focus on the good.
I remember little things like how my mother would warm our underwear on cold days, how my father allowed us to drag home so many critters, and how we would run around town without a care.
Here's another long ago family picture probably from 1970. The city is Capitola near Santa Cruz. Joe and I were too little to really appreciate our elderly cousins. They had an amazing garden. We would eat fresh strawberries, guava, passion fruit, and meyer lemons. If I close my eyes I can smell the freshness of the fruit. My mother's cousin Maria remembered the San Francisco 1906 earthquake and the Great Depression like I said we were so little.
Here is the photo. That is VoVo standing with our cousin Prima Maria, Mericia holding her hand, Dulce in glasses, Ilidio, Joe with his blond hair and me blocking the sun. I love love the memories of my family. These were amazing times. 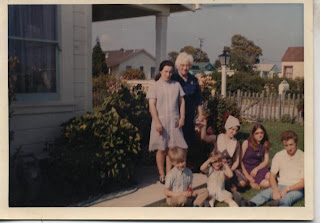 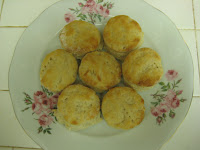 This is what normally happens. There isn't enough time to read my magazines so I always read the letters from the others readers to determine the really important stuff I missed. So in the April 2009 issue of Better Homes and Gardens I read rave reviews for a biscuit recipe from the February 2009 issue. Lee baked the amazing perfectly seasoned and textured biscuits. What a love.
Posted by Genie at 6:11 AM No comments:

Email ThisBlogThis!Share to TwitterShare to FacebookShare to Pinterest
Labels: Recipes 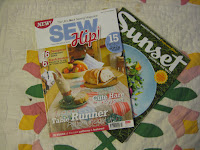 Magazines are my obsession. What will I do without Mary Engelbriet's Home Companion and Country Home? Entertain myself with Sunset and SewHip. Yes.

Email ThisBlogThis!Share to TwitterShare to FacebookShare to Pinterest
Labels: Magazines 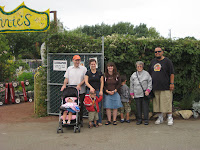 This post is dedicated to PamKittyMorning. Pam inspired our Livermore trip.

Here is the get-along-gang at Annie's Annuals in Richmond. My mother, VoVo, has the greenest thumb ever and she has inspired all my garden trips. We have traveled near and far just for the tiniest plants. 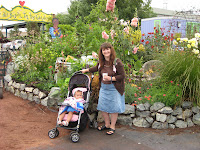 We love roadtrips. It is the hunt of beautiful gardens, antiques, fabrics, crafts and the cute. Both my parents loved to go visiting. I really believe it is something in my genes. The sense of adventure. Luckily, the get-along-gang is always game. Lee doe 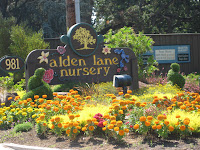 s all the driving and most of the picture taking. Thank you sweetie.
So it starts: I read an article here, a little comment in a blog there, someone clips an article from the newpaper and we have an iternary. At least we have a general direction. Since we travel with a wide range of ages. We have to be able remain flexible, take our time and stop often. 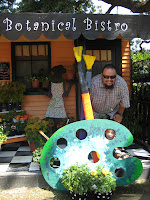 Here are the links for the spots we visited.

Thank you to Pam from PamKittyMorning for stopping by. I have a post all planned for Pam. Pam and I have never met and she doesn't know it but I am a No. California transplant. I've lived in So. Cal since 1986 but my heart and soul belong to the Bay Area coastside.

The get-along-gang, our multi-generational family, have taken two road trips up to Livermore and it was all about Pam's blog. One trip in September 2007 and another in April 2008. That is all I am going to say for now because we have photos to share. 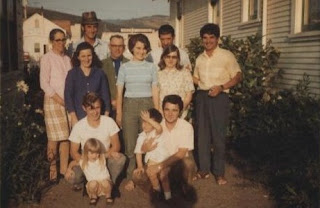 My father is standing in the back row second from the right. Mother is wearing a dark blue suit, my oldest sister Mericia is in the light blue sweater, second sister Dulce is wearing glasses and a cute flip hair cut, my oldest brother (he is number 3 child) Ilidio is holding me in the front the little blonde girl (I am the baby of the family). I have no idea where my brother Joe ran off to. The casa velha does not show up in this photo but the house on the right is Aunt Minnie's house.

Aunt Minnie wasn't really our aunt but she adopted us as family. So many fond memories.
Posted by Genie at 10:27 PM No comments:

The 424 Purisima house had a porch, formal living room, two upstairs attic rooms, two downstairs bedrooms, a family room and a kitchen my parents painted pepto bismol pink. I remember the night we painted the kitchen because I had gone into the kitchen to say good night after my bath time and almost immediately leaned against the freshly painted kitchen door. Also, pink. 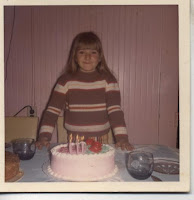 It wasn't until a very difficult period in my adult life that I began to really admire and enjoy pink. Pink is a nurturing color. If you are sad and need comfort wrap yourself in pink. While your at it, please note the lovely plaid pants with my striped sweater.

Did I mention that we had one HUGE bathroom with a clawfoot tub? Imagine seven people and one bathroom. That's a story for another day.
Posted by Genie at 10:39 PM No comments:

A big thank you to Sharon from Red Geranium Cottage for stopping by. You inspire me. Feel just like a rockstar. Lee promises to help me update the blog. We have to scan old photos...
Posted by Genie at 10:29 PM 1 comment:

Email ThisBlogThis!Share to TwitterShare to FacebookShare to Pinterest
Labels: Blogland 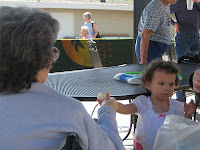 Quick, before she kicks me off.

Big outing this weekend, everyone is beat. We did our VoVo visit at the Home, kids love it. played bingo and entertained the troops with girl's 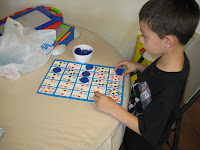 Forgot about time change, almost brought down the day. Despite that we had a great time. Only did half, but main objective was vintage 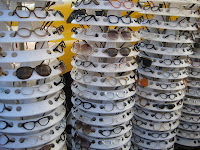 eyeglass frames for my girlfriend.

mission accomplished. more frames than a 1950's IBM convention. We only saw half the swap meet, but am totally down for next month. 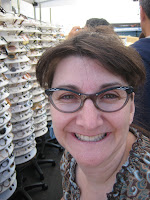 Casa Velha means Old House in Portuguese. 424 Purisma was the street address of the last house where my parents and all my siblings (5 kids) lived together. My most vivid and sweet childhood memories happened here.
Posted by Genie at 9:09 PM No comments:

Lee and I are sick again. Having a little tea. Lee says next we are going to bed but not until we take all the medicine.
Posted by Genie at 8:44 PM No comments: