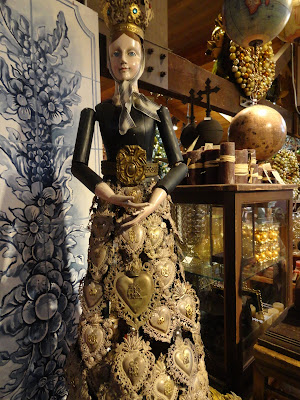 A few weeks ago Holly's teacher asked her if she visited with her grandparents.
"Oh, yeah," she said.  "I see my VoVo all the time but only in my dreams.
My VoVo has a lot of friends."  It was a little while later that the teacher
realized that Holly was talking about someone who had passed away.

This little story was shared with my siblings because it is such a great comfort to think that VoVo 'has so many friends.'  When I told my sister last night she said, "Of course, mother always had lots of friends."

My mother had a wonderful relationship with Holly.  She would always say, "That one, I take in my soul."

I understood what she meant. She loved her so much that she could not bear to leave her entirely.  Holly always stayed physically close to VoVo.  While Jacob would ask to visit the rehab center. he would stay physically distant.  Holly wasn't shy or scared.  She would get right up and sit on VoVo's bed.
They are connected through eternity.

Last weekend we took the long road trip up north to help my brother move. Holly had asked if we were going to visit VoVo?  What other four year old asks to visit a cemetery?  Unfortunately, we didn't have enough time but I promised we would visit at the end of December.

Yesterday, on the second anniversary of VoVo's death, as we sat in church, Holly asked, as she pointed to the altar, "Will VoVo be up there?"  It was no small feat to get all eight of us out of the house by 8:30 but there we were children, grandchildren and a great grandchild because we all knew it mattered to VoVo.

After mass and breakfast, we headed to Roger's Gardens in the pouring rain.  Nothing would have made VoVo happier than to see all of us laughing together. 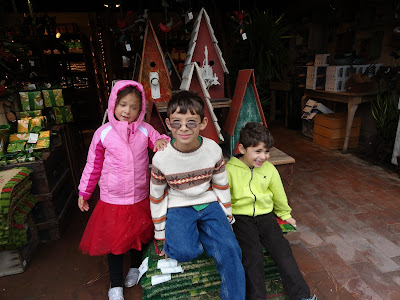 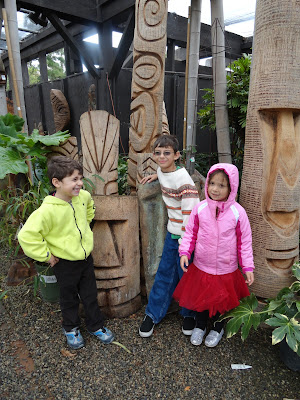 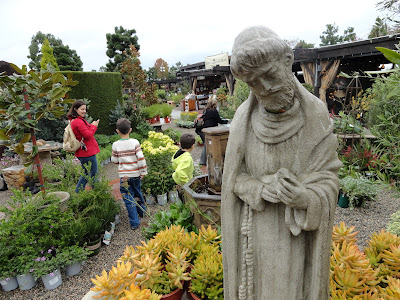 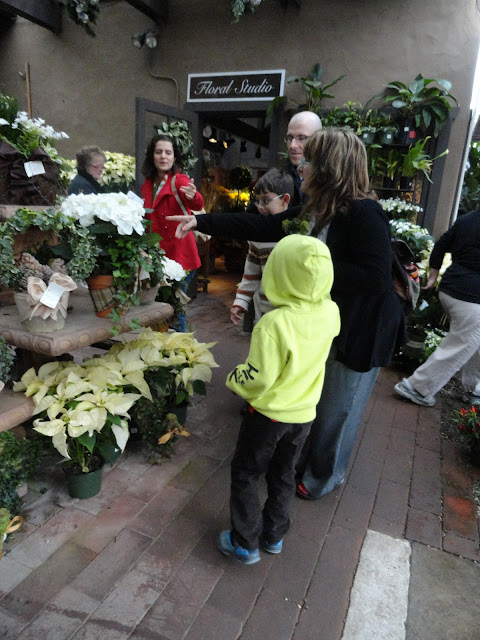 
I had to do a double take on this one.  To the left of my niece, Christine, is a woman
that just for a split second looked just like my mother. Christine says she feels VoVo's
presence all the time.  She finds VoVo's tokens: pennies and bobby pins every where. 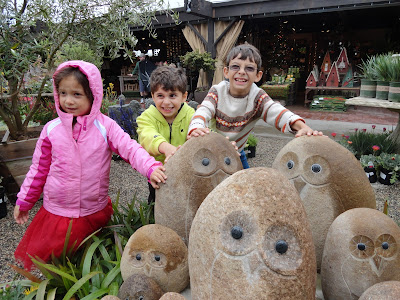 Holly, Antonio and Jacob or as they refer to themselves "cousins."
VoVo's legacy lives.  We all gathered in a garden to recall our
beloved.
Posted by Genie at 7:25 AM